There have been many dramas that have trended among the top Nigerian Music artists worth looking on for it was very astonishing. Nigerian top music stars are popularly known for their abilities on entertaining the whole world with their dramas and songs. You won’t believe what happened in the fourth drama.

1. Davido getting an alleged fourth baby mama and welcoming a new child It was a surprising shock to the whole Nigerians when the great son of the popular multi-billionaire Adeleke was accused of being responsible for a new child by a lady popularly Known as ‘lady London’ who has been confirmed as Davido’s fourth baby mama so far by some media platforms.

Judging from the Nigerian songwriter and singer’s relationship status so far, he has been recognized as the master king of getting baby mamas alongside his rival Wizkid who is also a king in the same field. Everyone had a clear concept and believe that he would end up with his third baby mama Chioma who he flaunted much more publicly than others which even infused people’s belief; he would tie the knot with her. People’s beliefs never remained the same when a lady broke the internet with a new child claiming Davido is the father.

The alleged fourth baby mama who recently gave birth to a bouncing baby boy is poorly known as Larisa Yasmin Lorenco. She was born in Angola and raised in Angola too. She is an American-based makeup artiste who had been in an alleged secret relationship with Davido. It was always a shock to everyone for Davido to welcome a new child in early 2020 claiming it would be the end of his relationship but everything has boosted up so bemused. However, Davido is yet to accept the responsibilities having claimed not responsible and has threatened many including bloggers.

It’s still trending up the air, well stay tuned and link up. More updates are on the air 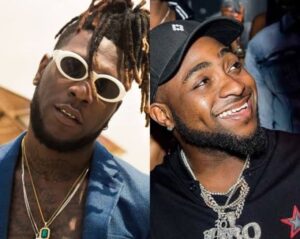 It was also a recent drama that convinced Everyone that Burna boy and Davido are not really friends despite their authentic closeness.

lately last month, Davido posted a photo of him and Wizkid with the claim of being the two greatest of all time which got everyone thrilled but the giant of Africa wasn’t satisfied by that move and he reacted immediately.

He reacted by saying that Davido is not really the best but gained everything because his father is extremely rich.

Many were not pleased as Twitter recorded over ten thousand comments in 20 minutes showing the passion people had over his comment. Many trolled him back while many supported him including the trending comment from the Cubana Chief priest who trolled burns boy of being pompous and stingy.

After many days of clashes, Davido never replied to him until he took to his Twitter page showing a caring word of brotherhood which even melted many angry fan anger. It got to everyone’s surprise when The boss wizkid shared his own feeling trolling Burna boy like a king who has just contributed tiny to the kingdom but feels he is the warrior.

It was entertaining, if you missed out on the drama, it’s right here at your palm.

The Nigerian Afrobeat songwriter and singer satisfied some of her fan’s dreams by leaking her nude online which got everyone talking to date.

It was late last month that the singer who is popularly known for her ever-satisfying stage performance took to his Instagram account with a picture of her nude showing her apartment partially. Many celebrities and fans reacted including Tekno who even requested for her full body with the caption: ‘u for show everything’.

He clearly said she should have shown all her nude because she appeared to be semi-naked on her bed. 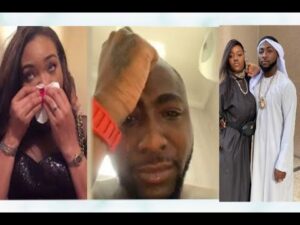 Trending all over the top social media platforms that Davido allegedly beat up his assurance queen will always remain astonishing to tremendous throng around the whole globe. The third baby mama of Davido popularly known as chef chi the favorite hobby of Davido was reported being hurt by David Adeji Adeleke according to gist, rumors, and even confirmed social media platforms.

A popular blogger burst a very much astonishing secrete claiming Davido has been beating up his assurance queen Chioma which has been unknown to many. He also said Chioma is in a lot of trouble despite the good life and felt pathetic for her. Things had been so astonishing since he revealed such. Below are the details of the described it.

You could judge for yourself if this is actually true.