A pregnant woman in distress seeks advice about her fiancé, who had triplets with two women

An embattled woman in a pickle has turned to social media for advice on her cheating fiancé.

According to the lady, her boyfriend, who is 23 years old, had triplets with another woman while they were dating. 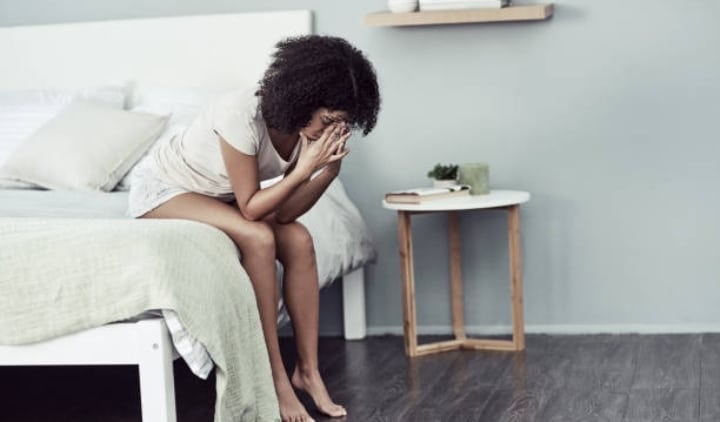 She revealed that he had pleaded for forgiveness, which she did. However, the fiancé cheated again with another woman and again, welcomed another set of triplets.

The lady revealed that she too is due to deliver her twins this October but has began having second thoughts about getting married to the said man.

She further revealed that the fiancé had already paid her traditional bride price (Lobola).

See her narration below:

Please keep me anonymous. My man and I have been together for 4 years and we have a 3 year old twins. He is 23 and I’m 22. He cheated on me 3 years ago and made triplets with a his side chick. He apologised and I forgave him after a couple of family meetings. He cheated again last year with another girl and she gave birth to his triplets last month. In total he made 8 kids in just 3 years. I only found out about the second triplets when the lady was 8 months pregnant. I am expecting twins in October or November. He paid lobola for me but I’m not sure if it’s worth it to stay a relationship with a man who cheats and does not use protection. To make things worse he is unemployed. He gets piece jobs now and then but the money is never enough. I don’t know if I should stay in this relationship. Please help with advice.” 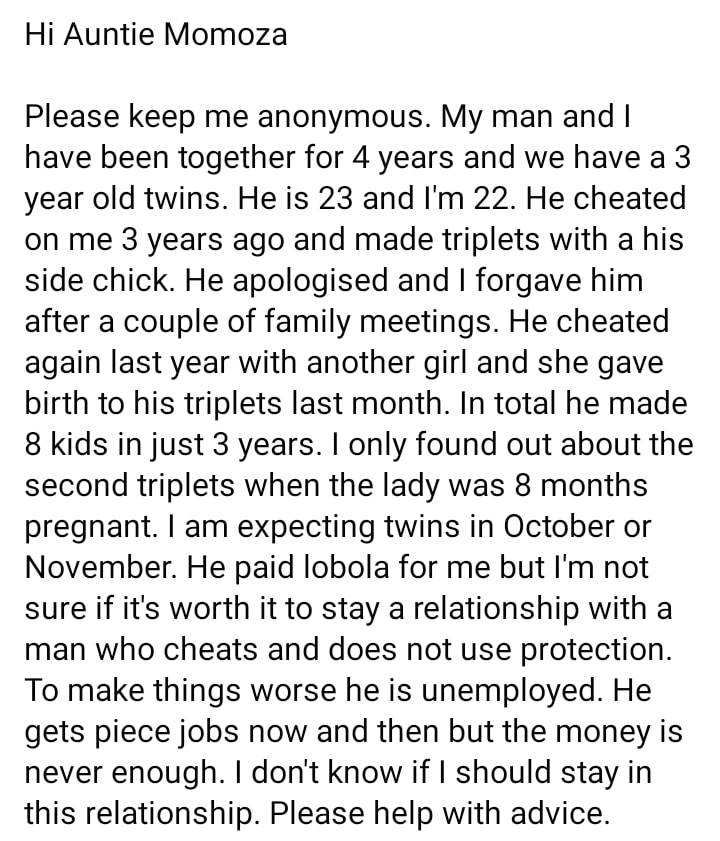