Angel Jb Smith, a former Big Brother Naija housemate, has revealed why she can’t commit to just one boyfriend.

Angel claims that, despite her desire to have only one man, she finds it difficult to ignore single men who would be lonely in her absence. 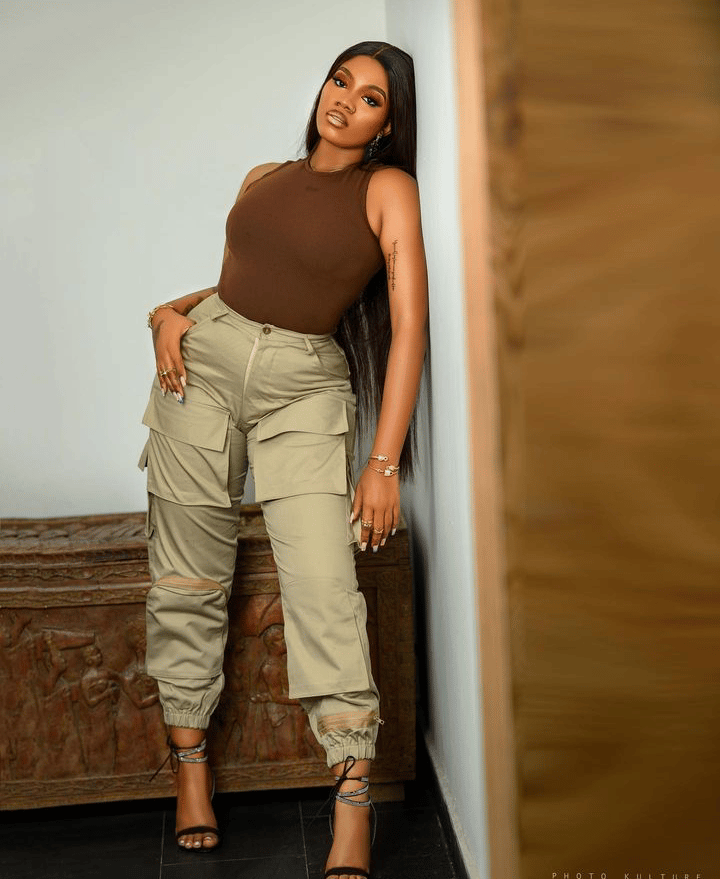 “Sometimes I want to have only one boyfriend and then I think about all the single men that are lonely and I feel sad for them 😔👍🏿.”

Tiredearthling said:
“Tough life. I understand you. I was once like you too.” 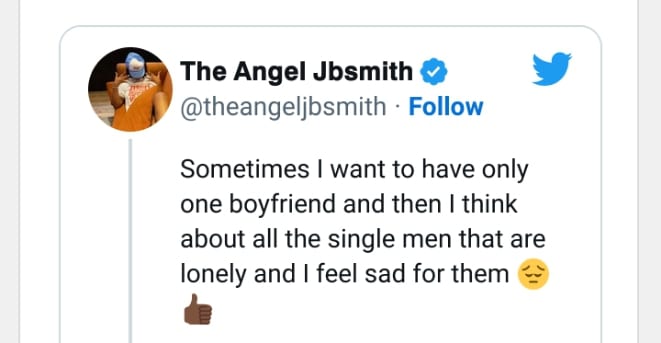