Bobrisky, a controversial Nigerian cross-dresser, has accused a stylist of stealing N2 million from him.

He revealed that the stylist contacted him via Snapchat and asked him to patronize his business. 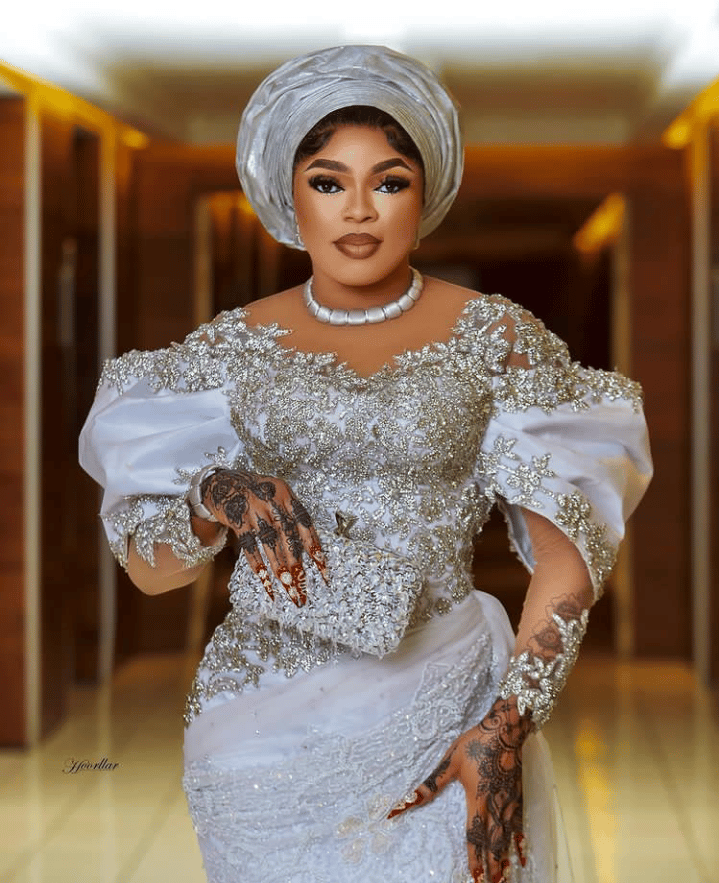 However, things took a bad turn after he patronised the man.

“Guys be careful of people you attend to their dm when they come to beg you to patronize them. Dis is d gist here, One studio stylist wrote me on snap like few days ago yeah dis dude was making mouth how he’s d best in wat he does bla bla i was just laughing that who’s dis one making mouth.

I have been doing shoot before you come to Lagos self. Fast forward i invited him to my house at least let meet the stylist that want to Style me. He then called me that I wouldn’t mind that he’s coming with his assistant You know when someone is just trying hard to package you when he step into my house his do called assistant was my very close friend’s wife.

In my mind I’m like jeeez dis guy doesn’t know I know @aisynosa i started feeling so uncomfortable cos d way he spoke about my friend wife. I ignored that part and still continue to ask more details about d so-called shoot he want to do for me.

We later agreed on 8 shoots for 3.7million. I was supposed to pay 2 million then after all d shoot and a weil job done i will balance him 700k. He sent me his account and i ask my elder brother to transfer 1.5m to his account. So I told him i will balance him 1.5m d next day, after Something just came to my mind that ! shouldn’t don’t balance him yet let see his work progress first then i will be sure my job is going on well. I expecting him to cal me atleast give me date for shoot and ask me my availability

He didn’t cal me, all he does whenever he cal is his balance. You are asking for balance on what you haven’t even started ? No picture or prove to show me that you are really doing everything to be sure d shot come out nice. Atleast 1.5m is already paid which showed that dis person is interested so if you start using ur money to do stuffs isnt bad. Dis is my first time working with you i won’t just trust you like that now.

I might make so many mistakes with dis my write up pls understand with me cos i don’t have my nails on it easier when i have my nails on i type correctly lol Back to our gist guys, so whenever dis dude cal me he only cal for balance. Out of 8 shoot none is available, no prove to show me that even the 1.5m i paid has been use on anything.. you kept shouting you added ur money to balance up d job.

So he texted me last week Thursday that he’s traveling to Ghana for a job that he will come back on 27th and my own birthday is 31st guys you can imagine how dis people think they can mess with everyone they come across. immediately ! got the text i called him back, I’m like is not even up to 6days i paid you 1.5m you are telling me you want to travel to Ghana for 4days why didn’t you say that in our meeting when you came around that you are traveling to Ghana.

He said ehnnn he thought i will pay the balance on time the following day i promise to pay, i was mad i told you i should pay full balance for a job i haven’t even seen 1 of 8 dress haaaaa you are a criminal. Balancing you is not my problem

But let me be seeing all what I’m paying for, he now said he will start working on some of them bia bia that I should give him time. That same evening he texted me on snap again that he send @aisynosa her own money that she was d one making two gowns Out of the 8 shoot, i called my friend wife cos at some point i don’t beheve anything he tell me again she then said yes that she should have started d cloth but she was waiting for payment.

I asked to add him to the cal so we ail can agree. She called him and he asked me to send 500k to her so she can continue to mage d dress. I sent the money to her making total of 2million have paid guys without seeing one single shoot yet.

Have paid 2million to dis guy and till now nothing has been done and my birthday is like few days more, on Saturday aisy told me that he called and ask her to stop d dress that until ve see his balance that age shouldn’t make any dress.

You are with 2million already no single shoot yet you are still asking for balance. I got mad and called him that I want refund in 24hrs else he won’t live in dis Lagos again that 2m is peanut but i will show him I’m BOBRISKY”