Blaqbonez, a well-known rapper, has slammed Grammy-winning artist Wizkid for disparaging his colleagues. This follows the backlash that accompanied Wizkid’s diss aimed at rappers whom he broke-shamed.

Speaking about the public drama, Blaqbonez stated that, despite being a huge fan of the internationally-known singer, he was disappointed by the name-calling. 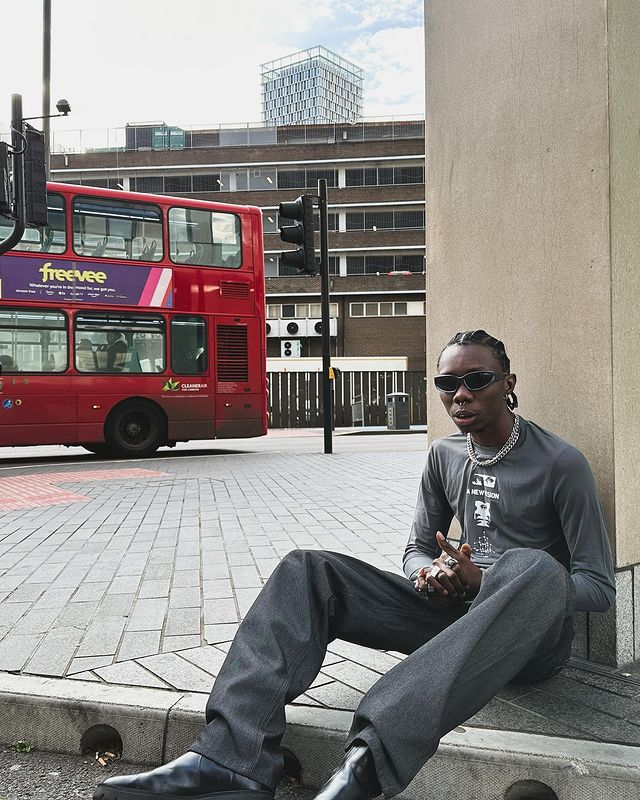 “The last few days had me reflecting, looking back at how far I’ve come, the Wins and the Losses, whatever rap may or may not be, it got me this, everything i have, the cult like fans who by far are the best part of everything.

I said that to say I’m disappointed, everyone knows I’m a big wizkid fan, maybe even a dick rider on twitter but rn I’m disappointed, i am, I can’t hide my emotions, I wasn’t even mad at the magazine article, those are conversations I’ve even had behind the scenes, but the actions that followed can’t be defended, heavily degrading and undeserved but I’d keep doing my thing, carrying the most bashed and the most attacked genre on my back, showing the world what a Nigerian rapper looks like.

I’d keep dropping these hits, classic albums, selling out my shows, however far it takes me I’m good with it long as i can feed my family. With that said Stream Young Preacher forever.” 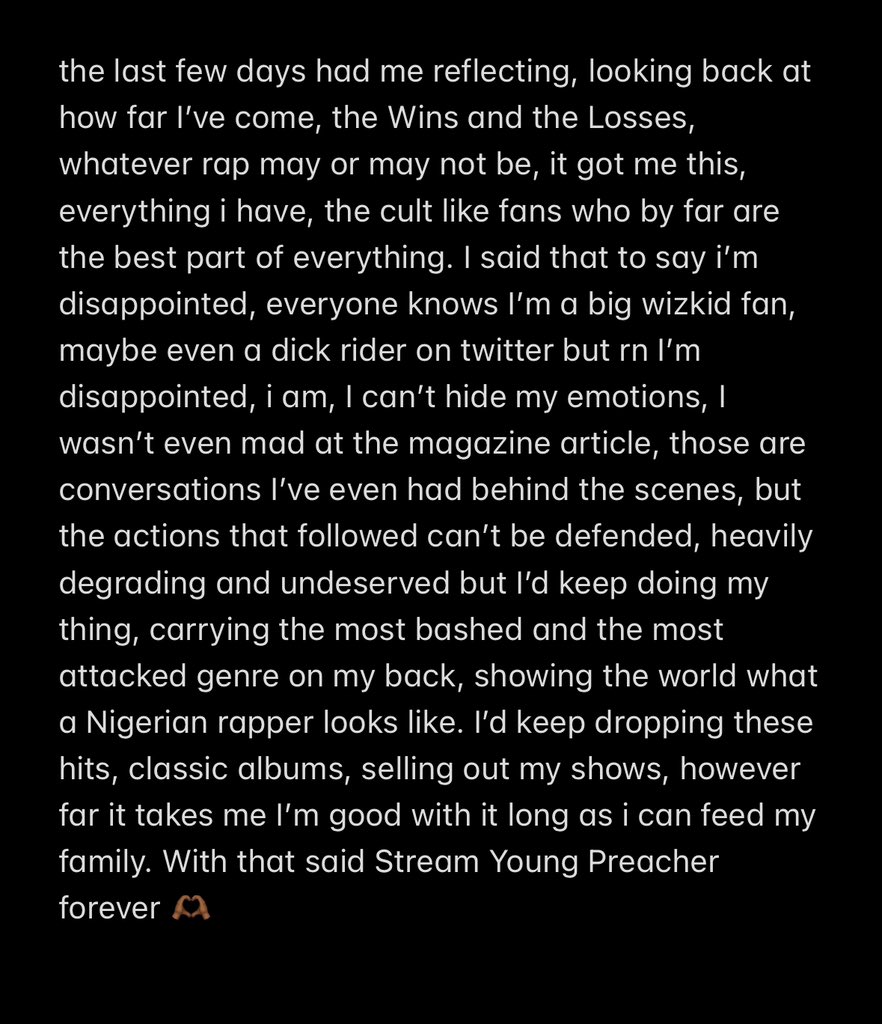