Following one of her recent performances at a music concert, Nigerian singer Tems becomes a topic of conversation.

The legendary performer has played on several platforms throughout the world, but her fans have had their say on this one. 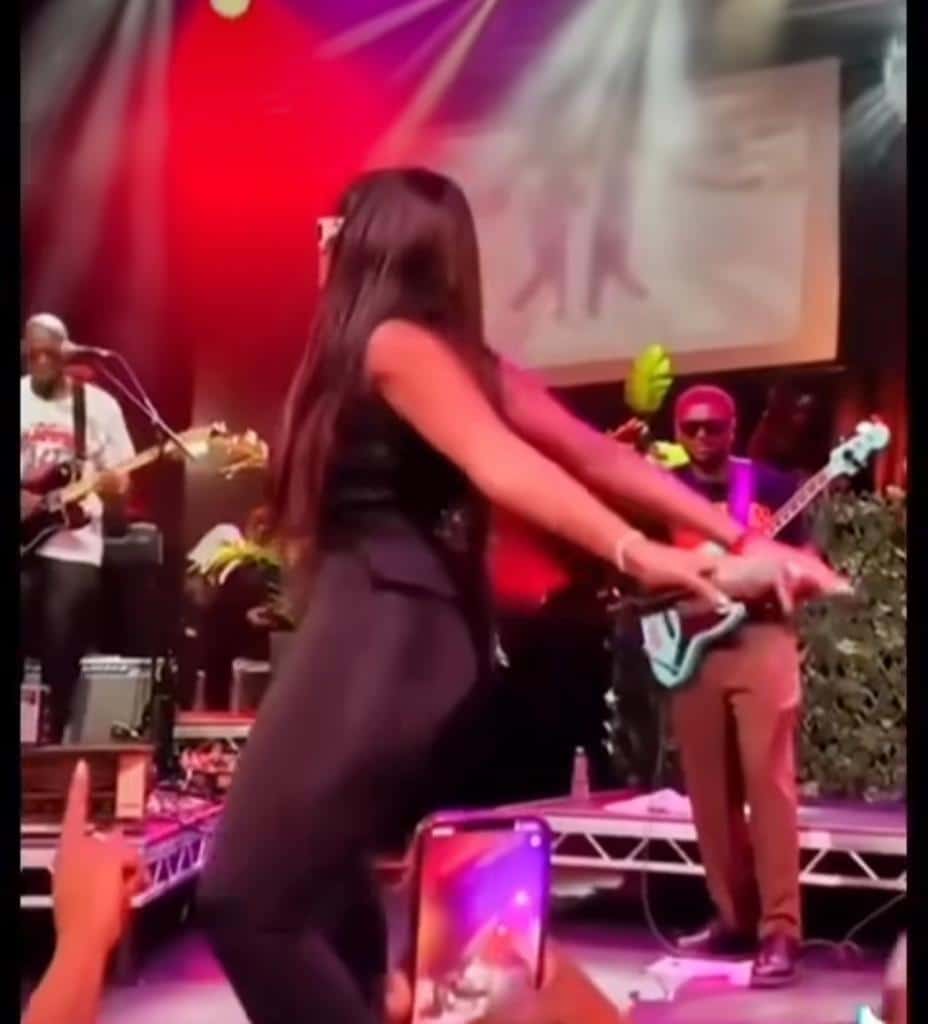 Tem may be seen in the viral video cheering on her supporters and attempting to amuse them with some dancing routines.

However, according to some Tems admirers, she “is not a fantastic dancer.” Others argue that “her managers should still advise her on stage appearances.”

“Tem’s team needs to find her a stage performance coach ASAP while she is still in vogue.

She has great potentials and currently has the star power to share the same stage as the top artistes in the world but not with such stage presence.”