“Now that my brother is a woman, I need to be a guy to take care of my family,” said James Brown’s sister.

Grace Brown, James Brown’s sister, has revealed her decision to convert into a man in response to her brother’s crossdressing lifestyle.

In a previous post on her Instagram page, she revealed that she opted to become a guy in order to be the provider for the Brown family, as her brother had now chosen to be a woman. 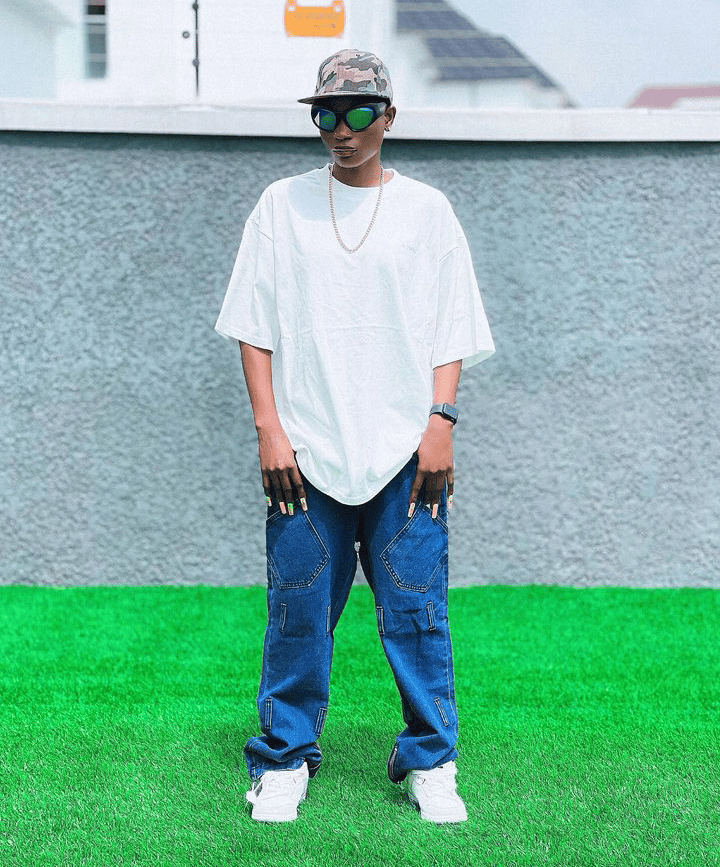 Her decision stirred up mixed reactions among Netizens. While some asserted that she looked better dressed up as a man, others criticized the Brown’s family.

Graceblaqq wrote, “and here I was thinking it’s Wizkid at the first slide.”

Phyne phace wrote, “You look better of a man than James sha😎.” 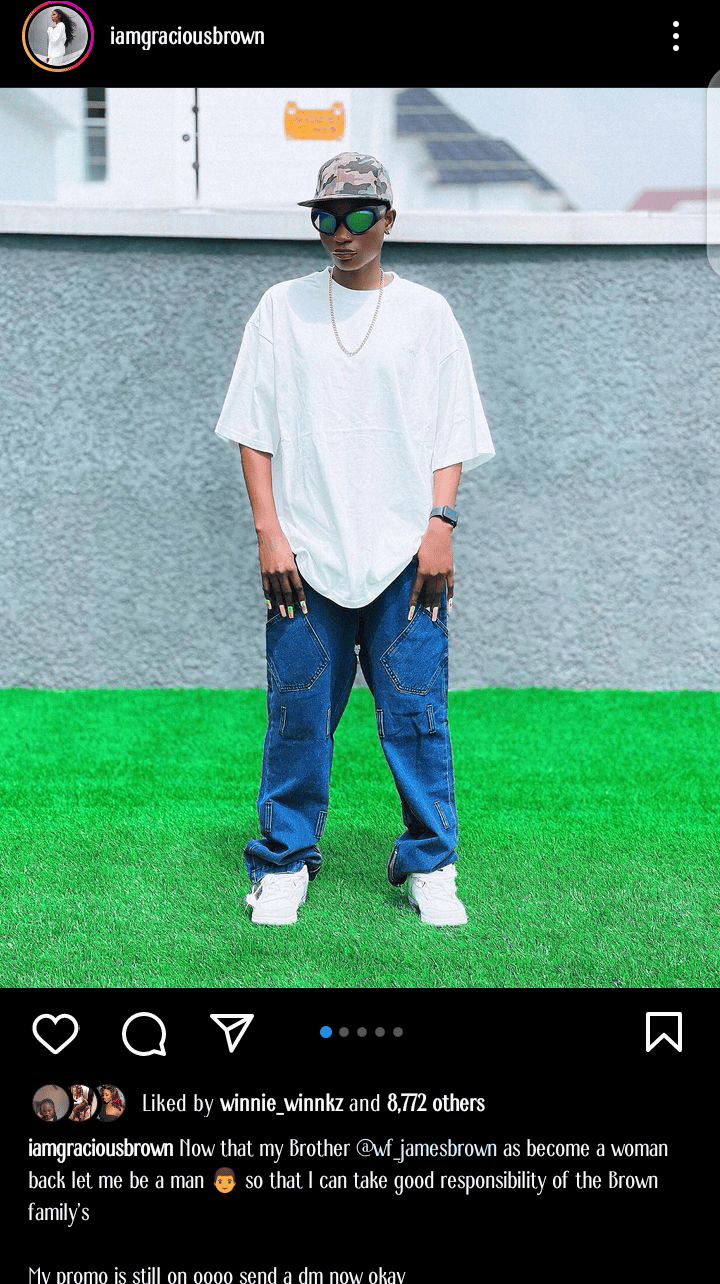