“That girl should know her limits,” people say as Destiny Etiko pushes her adopted daughter, Chinenye, away from her video

A video that is currently circulating on social media shows Destiny Etiko pushing her adopted daughter, Chinenye Eucharia, away from her video.

The video, which elicited mixed reactions on social media, was from her birthday party, in which the actress could be seen exchanging spirited chants with some of her colleagues and friends, including Lizzy Gold. 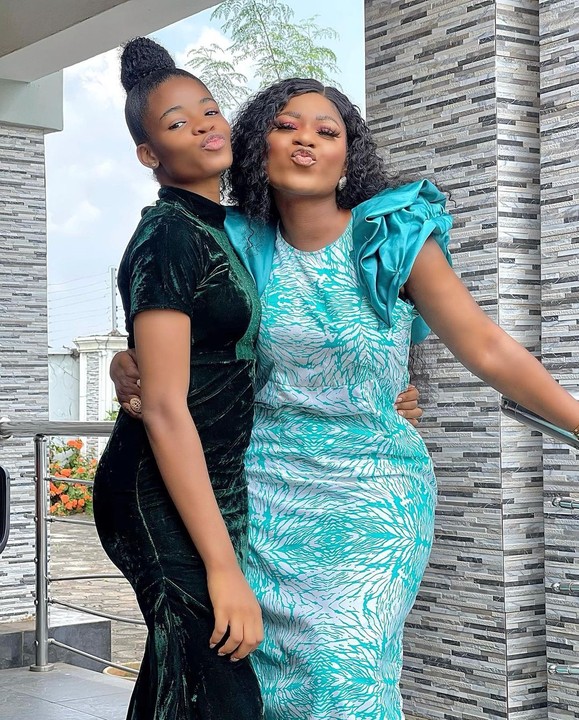 Chinenye who wanted to be part of the show forced herself in and subsequently joined the chants and gyration. Unfortunately, she got pushed away by the actress who apparently didn’t want her presence in the video.

In reaction, cybernauts faulted Chinenye Eucharia for overstepping her bounds.

user1235736828792 wrote:
“on a normal,that little girl should know her boundaries, this is big ladies doing,let her go sit down and wait till she is called, she too dey overdo.”