“You demonstrated what true friendship entails,” Empress Njamah is comforted by Alex Ekubo, Eve Esin, and others as she continues to weep Ada Ameh

Empress Njamah, a Nollywood actress, has gotten encouragement from her coworkers as she grieves the loss of her best friend, Ada Ameh.

According to Kemi Filani News, Empress Njamah has not stopped grieving the loss of her longtime friend and senior colleague, Ada Ameh.

As many people may remember, Ameh passed away on Sunday, July 17, almost two years after the passing of her only child, Aladi Godsgift.

The actress’s remains had subsequently been placed in the mortuary. She is best known for playing Emuakpo Johnson in the critically acclaimed family drama series The Johnsons.

Empress Njamah said that she has the strength to deal with the late Ameh by posting a lovely video of their interactions on her Instagram page.

“KEEP SLEEPING MY SWEET TROUBLE,” she wrote as the caption. I’m glad I smiled when I shared this video because I was about to cry till my pillow was soggy. There is time for everything, and the time for me to talk will surely come, but for now, let me heal. Thanks to everyone who reached out; I could not pick up calls and reply messages but I never forget. I’m glad I can now access my phone and have the strength and courage to type, IT IS WELL, it’s amazing the things am seeing on social media, many things brought to my knowledge, it’s not the right time to speak, let me mourn in peace BUT it’s really a p @adaameh Sha, though I miss you, you are in a better place.

A number of actors, including Alex Ekubo, Eve Esin, Efe Irele, Chigurl, and many more, sent their condolences in the comment area.

Chigurl: You personify love… You showed her affection. Many thanks

Ebelleokaro: May you always have the happiness and fun that you brought into her life. You have a lovely soul. 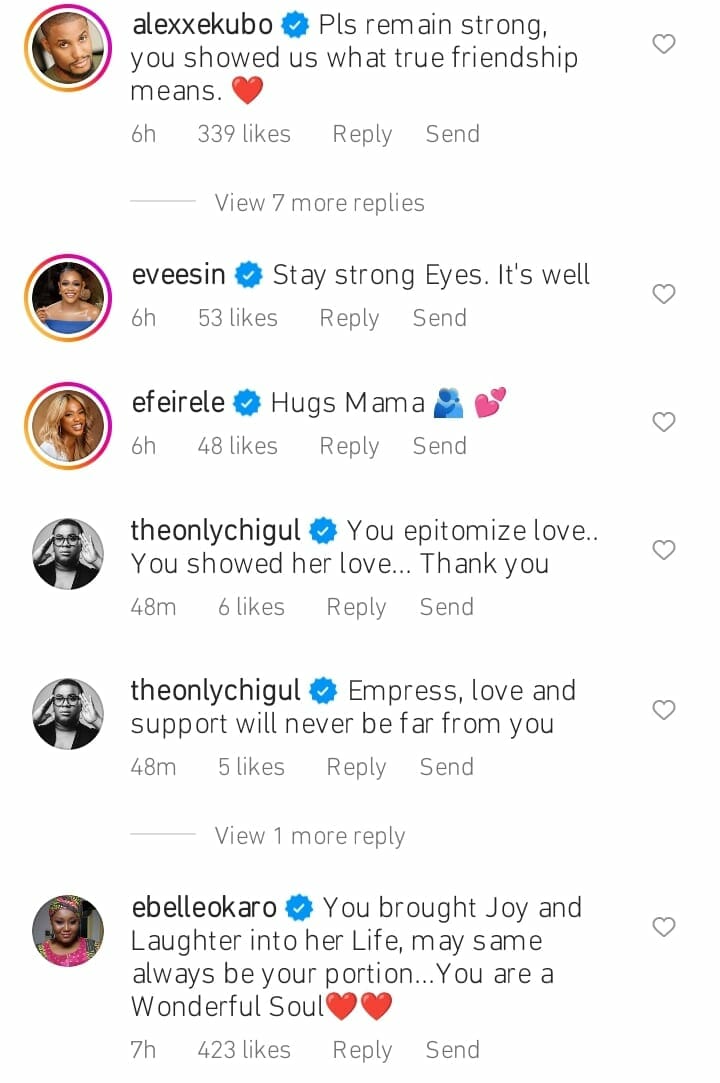 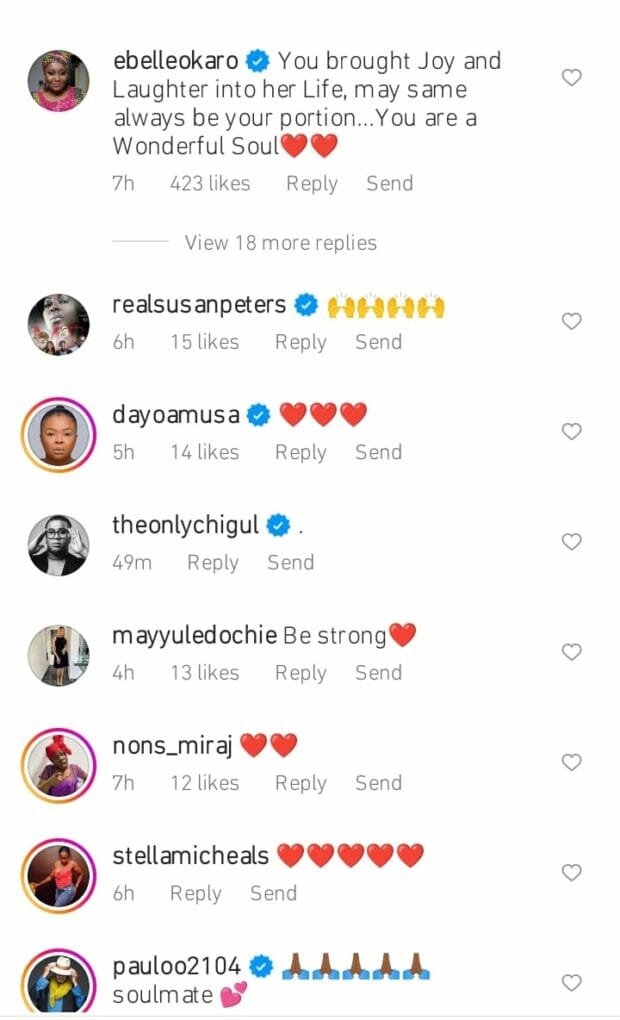