“You’re never ready to marry,” says a lady who forbids her future husband from watching football at home.

On Twitter, a young lady known as @iamscrummy has warned her future husband about football.

In her tweet, the single woman revealed how she wants things done in her home when she marries. 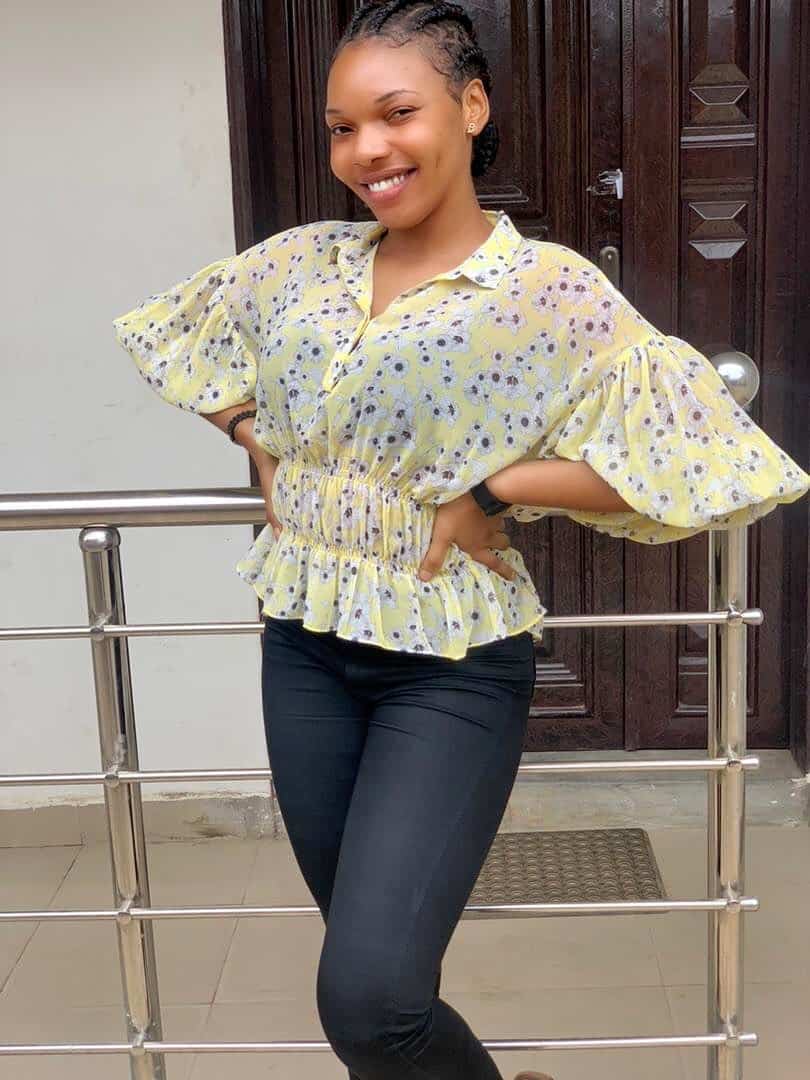 According to her, nobody including her husband would be permitted to watch football in the house.

She wrote:
“Dear future husband, no watching of Football in our house”

Reacting to this, @abena.bby wrote: “I prayed this prayer, he doesn’t like or watch football, my oga na wrestling him dey watch and like.”

@diy.iers stated: “When’s a TV in every room and a theater room, why would | be bothered man do you please.”

@a4.autos reacted: “Well not all men like soccer or even watch it, so she can surely get what she wants.” 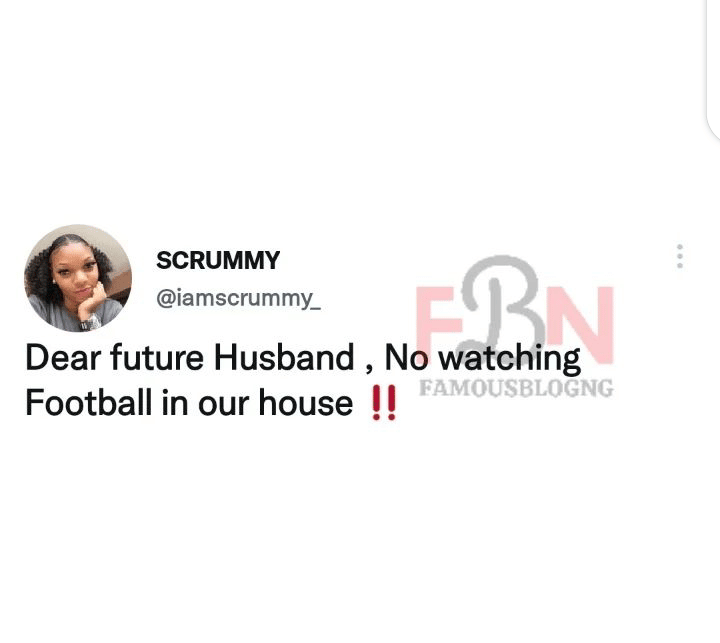